POINTY THOUGHT FOR THE DAY: 3 - SANITY (and book fest pics)

Continuing in my series of Pointy Thoughts, I bring you a thought of extreme importance. This has been engendered by correspondence from an agent friend of mine.

It is simple: do not submit any work to an agent or publisher when you are high on hallucinatory drugs. Ever.

That is the only explanation for the extraordinary example of mania that an agent has shown me.

No, let me be fair. I am going to think about this more carefully. There are some other feasible explanations, and I offer them all to you here:
There are no other explanations.

People, submit your work when sober, clean and stable. Do it only of your own volition, not because forced to by either God or an axe-man.

And now, unconnectedly, I bring you some photos of the first couple of days of the Edinburgh Book Fest, including, by popular demand, some never-yet-seen photos of The Yurt.

Day One and Two of the festival, and the sun shines. See! 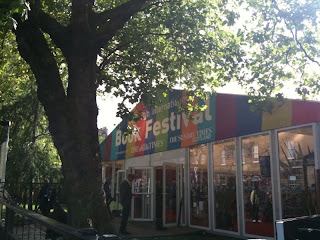 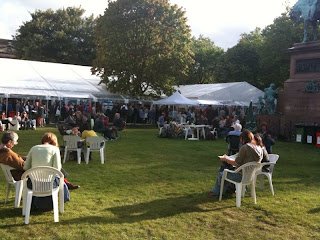 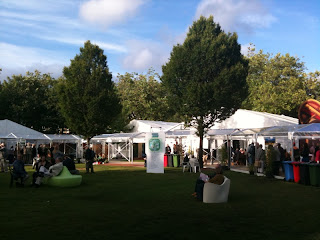 Now (below) we approach that glory of glories, the Yurt. First, the peaceful bit outside, with authors relaxing in the sun: 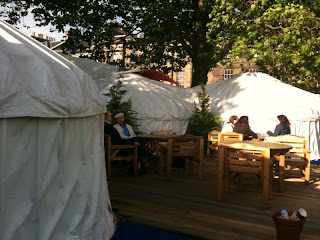 And here the entrance, which is deceptive, revealing none of its hidden mysteries. 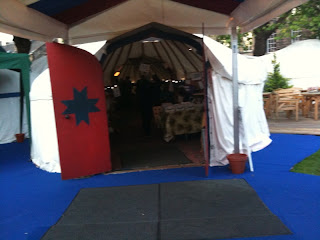 In the background is the Press Pod. 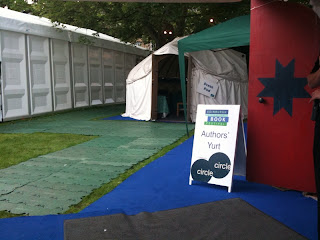 Below is the entrance again, at a busy time, with Roland, the programme manager, looking important. Which he is. He looks as though he's smoking a pipe, but of course he's not: he's saying "over and out", or something equally technical, into his radio thing. 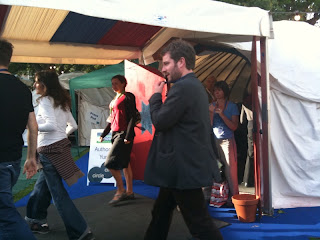 Here is the hospitality table, with, remarkably, no one there. 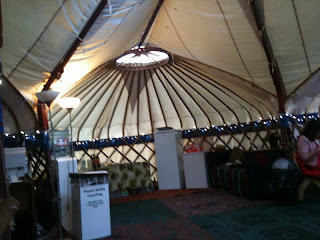 The roof of the Yurt, which never leaks. 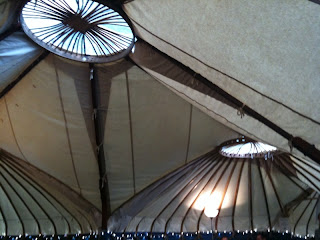 And the carpet of the Yurt, with some rather fetching shoes. 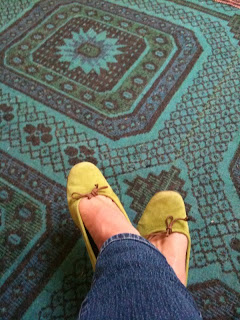 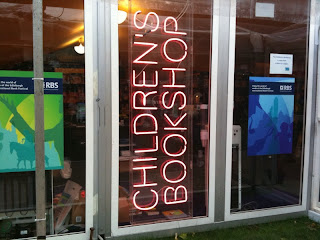 A shelf of my books, the non-fiction ones. Sadly, I could not photograph my daughter's handiwork in giving me prominence in the fiction section, because there were too many people in the way. What nuisances readers are. 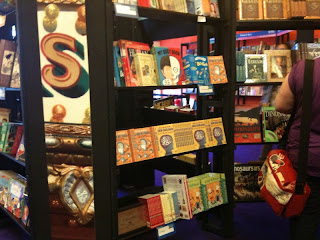 And the tail end of some party or other - can't remember which. They blur ... 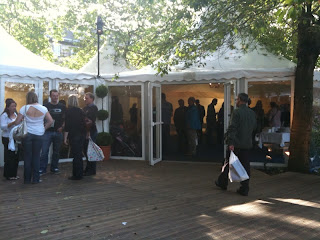 And just to show you that the sun always shines on my blog: 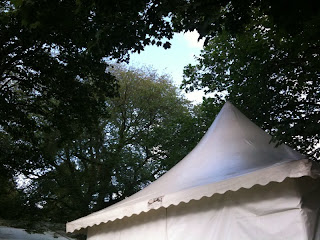 Not a drop of rain or gust of wind have we had. Trust me, I'm a novelist.