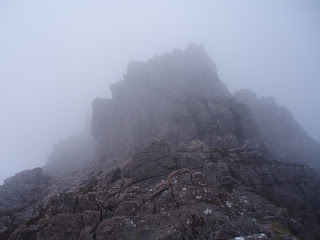 I've been thinking. It's kind of all you can do when you're up a mountain, other than wondering how the hell you're going to get down when the cloud has suddenly wrapped itself around your feet and you are on a peak without a piton.

OK, I lie: I wasn't thinking anything interesting at all while on this mountain, but I did need to get that picture into the story somehow. Later on, I will show you the mountain from afar and then you will be seriously impressed and want to examine my calf muscles. (All brand new).

Oh, all right, if you insist: 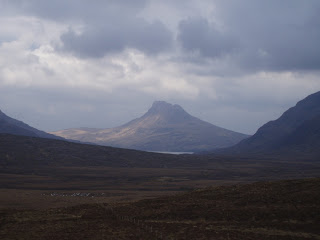 Yeah, really, me!
Up that mountain thar in the distance. 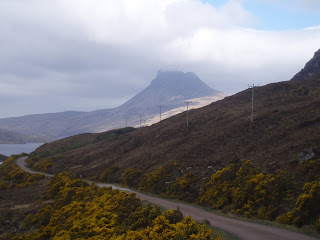 And again, a tad closer. Just because.


Anyway, now that we've got the fascinating concept of me as a mountaineer out of the way, as I say: I was thinking. I was thinking about people being deluded into thinking they can be published when they are seriously shite. Or sometimes not shite but giving a remarkable impression of being shite by doing everything stupid that could possibly be done by one person in one life-time.

You've seen it yourself, on Somewhere's Got Talent / Dragon's Den / the X-Factor - the utter uselessness of some of the contestants, the ones who are not just quite bad or even pretty rubbish or even pretending to be rubbish just to get on TV, but the ones who long ago crossed the line into madness, the ones who really do think they're the next superstar if only someone would give them a chance. The ones who think they've been held back from stardom by bad luck or the poor judgement of Simon Cowell instead of cringe-making hopelessness.

Which is all very well and interesting but not at all pointful for you, who are not numbered in the serried ranks of awfulness. If you were, you wouldn't be reading this blog, I think. You'd have been scared off way before now.

What I want you to consider is other forms of delusion. Delusion such as I too once suffered and which, therefore, is not shameful. Except a bit, in retrospect. Well, quite a lot actually: remember, I was the person who once seriously wrote a covering letter in rhyme. And did a few other things that lack of alcohol prevents me from divulging. I possibly even inserted something silly into an envelope to accompany a submission, but I have happily forgotten this.

But more importantly than that embarrassing silliness, I was deluded. I thought I was better than I was. I thought I was ready to be published. I didn't know that the beauteousness of my prose was of zero interest to a reader if it wasn't hung on a compelling story. Or that my voice was inconsistent except in its pretentiousness. Or that a story about my particular subject had not been written yet for a very good reason: that no one wanted to read it.

Now, the missing link to those photos from my recent Highland trip is this: I was like the people who ran the crap hotel that we stayed in. They were deluded into thinking that they were offering something of quality. They thought that in order to put "locally sourced produce" on the menu, it was enough for a van from Wiltshire Farm Foods to arrive at the door in full view of the guests to deliver the "local" food. Local to Wiltshire, I guess. (For the benefit of my transatlantic friends, Wiltshire is almost as far from the Highlands of Scotland as it is possible to be without getting wet.) They thought that "home comforts" might indeed describe a paper bath mat with a picture of feet, but not enough room on the floor to put it. And that when we pointed out that the cereal bowl was encrusted with brown stuff, it was an adequate explanation to say, with a laugh, "Oh! That'll be the toffee sauce!" (Yeah, well wash it, maybe?) They thought that it was OK to provide a bed with no obvious mattress, so that every time you unthinkingly sat on it you staved in another two vertebrae. And that the sodding Wiltshire Farm Foods van could happily recharge its refrigerator battery all night outside a guest bedroom and that the answer to the bleary complaint from the guests could reasonably be, "Oh! That'll be the freezer lorry!"

And if you haven't got the picture yet, these deluded hoteliers really thought that whatever the shortcomings of their crappy hotel, at least the guests would wake each morning and comfort themselves with the happy thought, "Praise be! There's a Corby trouser press!" Because, if you can't have decent food and a mattress and a double bed big enough for two people, you can at least have a perfect crease in your crimplene trousers.

The point being, caller, that there are aspiring authors out there - and I ask you to search your souls and ask yourselves whether you might be among them - who are making the equivalent mistakes: you're trying really hard, but there are editors and agents somewhere who are doing the equivalent of crunching their vertebra as they clunk down on your heavy prose or bite eagerly on your disappointing, salty, recently-thawed and ready-plated meal .... (The clue to the ready-platedness came in the answer to one guest's request to have a salad instead of veg: "But it comes with veg.")

"It comes with veg" is the equivalent of "My friends have read it and loved it".

"That'll be the freezer lorry" is the equivalent of "This is just a first draft and any mistakes can be sorted during editing."

"At least there's a Corby trouser press!" is the equivalent of "At least there are adjectives. Shame about the plot. And characters, Oh, and voice, pace and style."

Thing is - and here's the main point - there's one thing those deluded idiots should do in order to discover what they're doing wrong: they should go and stay in good quality places. Someone who knows about good hotels and taste and decent fresh food should show them the light and let them imbibe the wonderfulness of a good hostelry (whether simple or luxury: it doesn't matter) and let them see for themselves how it's done. Not just in one trip but in several: see how guests feel comfortable and why not crushing your vertebrae is a happy thing.

And the equivalent for aspiring readers is to read good writing, often, lovingly and admiringly. Any aspiring writer in doubt should ask an expert in their genre what to read and then go out there and read, read, read. Read while working out what is good and wonderful and gripping and powerful about this writing, and work out how this can transfer to your own work and what you might be missing. 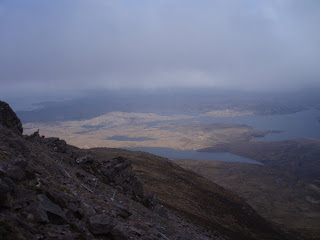 It's not easy to write a novel, but then it shouldn't be. Would you want it to be easy?

But, once you've scaled the mountain, the view from the top is seriously worth the effort.

Sorry, that was a corny analogy, but I wanted to show you the pic.


And then there was the dog on the beach, which has absolutely no point in this blog post, but is quite cute: 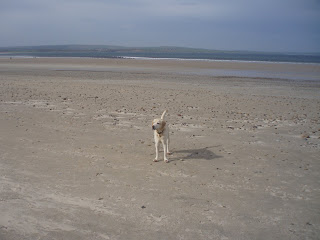